THE RICH HISTORY OF THE WORDLESS BOOK

The Wordless Book, first designed with only three pages–black, red, and white–was introduced by Charles Spurgeon in 1866. Preaching at the Metropolitan Tabernacle in London, his sermon was entitled “The Wordless Book.” Mr. Spurgeon told of an old unnamed minister who had put three pages together and often looked at them to remind himself of his sinfulness, of Christ’s blood poured out for him, and of the “whiter-than-snow” cleansing provided for him.  It is not known when the gold page was added, but it brought another dimension to the book, depicting the love of God and the glories of His heavenly home. Nine years later, D. L. Moody used the book of colors at a children’s service where an estimated 12,000 were present to hear his message on “a book with four leaves–black, red, white and gold.” “Tell us a story, Fanny. Tell us another!” the children begged. Fanny Crosby, the famous hymn writer, would often take from her purse a little Wordless Book and tell the children, whom she dearly loved, the story of the Savior. (Read More) 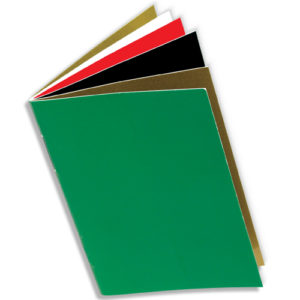 The Wordless Book provides a simple way to share the Gospel message. It is the core message CEF missionaries have shared with over 260 million boys and girls around the globe for over 80 years. Even children are using The Wordless Book to share this message with their friends and family.

Today, the sad reality is that 80% of children will never see the inside of a church. That means our children aren’t hearing that they need a savior who is Jesus Christ the LORD. They don’t know they are lost in their sins but that through the salvation message of the Gospel they can find hope, peace and joy. But how can they hear if there is no one telling them there is  Good News?

Even more troubling, recent studies find that only 4% of Gen Z (born between 1995 to 2015) have a Biblical worldview. That means today’s children are our nation’s first post-Christian generation. Compound that with our recent Covid-19 crisis and our current cultural chaos and children are fearful about life and uncertain about the future. The need for the Gospel has never been greater. That is why we are offering this church-based Wordless Book Workshop.

BRING THE WORDLESS BOOK WORKSHOP TO YOUR CHURCH

The Wordless Book Workshop 2 1/2 to 3 hours in length and can be scheduled for a week night (6 to 9pm) or a Saturday morning (depending on availability).

3. The Gospel Structure of the Wordless Book

6. Putting it into Practice

Please contact our office to discuss the scheduling of your Wordless Book Workshop.

We suggest you allow 4 to 6 weeks to promote the workshop at your church.

What are the Benefits of Hosting a Wordless Book Workshop?

Here are some of benefits your church will experience by hosting a Wordless Book Workshop. Among these are:

– Your church is prepared for Gospel outreach to your community

– Your church will grow through effective Gospel ministry to your community

What are the Costs involved in Hosting a Wordless Book Workshop

CEF Dallas does not charge for our trainers to come to your church to present this workshop. As this is a 3 hour workshop, we ask the church to provide water, coffee and snack items for participants. We will also send some items for copying.

What is the Attendance Expectation for the Wordless Book Workshop?

An ideal size for the workshop would be 10 to 12 people. We do require a minium of 6 people to host the event. Larger groups can also be accomodated. Contact us to discuss further.

What Accomodations are Needed to host the Wordless Book Workshop

A classroom with AV equipment for PowerPoint and video presentation are needed. CEF Dallas can bring a LCD Projector if needed.

What Opportunities are there to put this Training into Practice?

CEF Dallas will work with you and your outreach team to schedule immediate outreach to your community so the training is fresh in the minds of the workshop participants. We will also provide you with a list of other opportunities near your location to reach out to children. Our Good News Clubs that meet in elementary schools is a great opportunity to continue to minister to children.